The #1 WORST Food that HARMS Your Brain (avoid!)

Food #1 that HARMS your brain: Fructose

In a 2012 UCLA study published in the Journal of Physiology , researchers found that a diet high in fructose over time can damage your memory and learning ability.

Beyond the harm to your brain, it’s well known in the research world that a high fructose diet can also cause insulin resistance in your body over time, and possibly lead to type-2 diabetes and extra body fat. If that’s not enough, a high fructose diet also detrimentally affects your triglyceride levels in your blood as well as small dense LDL particles that cause plaque in your arteries.

So what we have here is high-fructose intake = impaired memory and learning in your brain, increased risk of diabetes, and increased risk of heart disease. Oh, and we forgot to mention extra belly fat too… Yum – who wants another can of soda pop or a large bowl of corn syrup sweetened ice cream!

The average person eating a modern western diet of processed food consumes a LARGE quantity of fructose without even thinking about it from all of the soft drinks (high fructose corn syrup typically), sweetened juice drinks, orange juice, processed junk foods such as cakes and candies, as well as the HFCS that’s added to store-bought salad dressings, bread and cereals, and even condiments like ketchup.

Note that many sports drinks, even though marketed as “healthy”, can have large amounts of corn syrup or even crystalline fructose as their main sweetener. These sports drinks can be equally as bad as a soda for your body and your brain. Don’t be fooled by the clever marketing showing pictures of pro athletes guzzling this stuff. Also note that agave syrup (aka, agave nectar) which is marketed as a “healthy” sweetener as well, is one of the most concentrated forms of processed fructose in sweeteners as well. I personally stay away from agave sweeteners as much as possible unless the amounts are very small.

All of these fructose-laden foods and drinks are easy to avoid though if you choose to eat consciously… for example, make homemade salad dressings from your favorite olive oil and vinegar with added spices, or choose to drink unsweetened iced tea with lemon instead of sweetened drinks or juices. If you use a lot of ketchup, try to reduce the quantity by mixing with mustard or hot sauce, which typically don’t contain HFCS sweetener in any significant quantities. 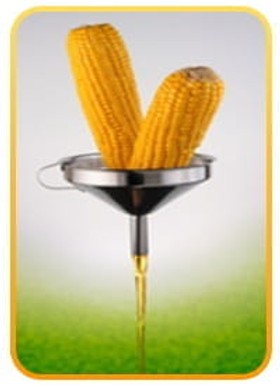 Last thing to note about fructose … Yes, natural whole fruits do contain fructose, but generally contain MUCH smaller quantities of fructose than you would consume in a sweetened juice drink, soft drink or sweetened junk foods. Also, the phytonutrients, antioxidants, and fiber that’s contained in most whole fruits counteracts any negative effects of fructose. I personally try to keep fruit intake to no more than 1-2 pieces a day due to the sugar and fructose content of larger amounts of fruit.

Here’s a trick: Did you know that limes and lemons contain virtually zero fructose, and only 3-4 grams of total carbs in a whole lemon or lime, whereas a typical orange contains 6 grams of fructose and 25 grams of total sugar per fruit. I squeeze lemons and limes daily into either water or teas for a healthy flavorful drink. Fresh lemon juice has even been shown to control blood sugar response from a meal…another bonus!

Other Foods that HARM Your Brain:

You probably already know some of the harmful health effects of these foods, but long term effects on your brain are yet another…

Trans fats — strongly inflammatory in your entire body including damage to cell membranes throughout your body. Avoid hydrogenated oils in processed foods and deep fried foods.

Mercury — studies show that mercury from pollution (coal burning plants are the biggest source of mercury pollution to air and water) and from fish that are high on the food chain such as tuna, shark, swordfish, tilefish, etc can possibly cause long term negative effects on your brain. Limit these types of fish to a couple times a month and focus more on fish such as salmon, trout, and many other types of smaller fish to reduce your mercury load.

Wheat-based foods — In the groundbreaking book, Wheat Belly, Dr William Davis makes a very convincing argument that wheat has addictive properties in the brain. Wheat contains compounds termed “exorphins” that have an effect in your brain similar to opiate drugs. This explains why people have such a hard time giving up their beloved breads, cereals, pasta, and muffins because these foods are mildly addictive.

I know personally from past experience that if I have have a pasta dinner, I’ll go back for seconds and thirds as I just can’t seem to stop eating the stuff. And then hours after dinner, I’ll get cravings for more carb-based foods or sweets. But if I pass on the pasta and just have meat, veggies, and salad, I find myself totally satisfied after dinner with no cravings later at night.

The good news is…

There are plenty of superfoods, herbs, and spices that can protect your brain and your other organs too!

In addition, the powerful DHA and EPA omega-3 fats in fish oil has been proven in countless studies to protect your brain from damage over the years.

Click here to see how NAET can help with food sensitivities!