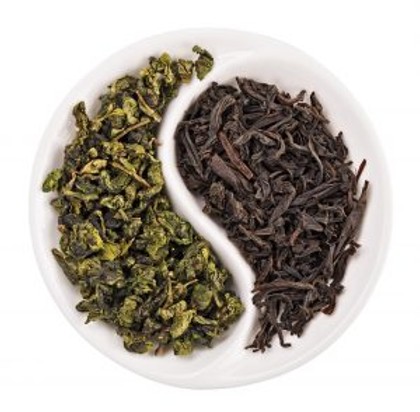 Tea has been a beloved and highly prized healthy drink, and both green and black teas have been around for thousands of years. Next to water, tea is probably one of the most consumed drinks in the world. While green tea often gets all the attention for its health boosting benefits, black tea also contains many substances that are beneficial as well.

It is estimated that about 2.5 million tons of tea leaves are produced throughout the world, and about 20% of that is produced as green tea, which is mainly consumed in Asia, some parts of North Africa, the United States, and Europe.

Similarities in Green and Black Tea

Both green and black tea come from the same plant, the camellia sinensis plant. Both teas are harvested from the upper buds and leaves of the plant. Green tea is harvested, dried slightly, and then heated or pan-fired to stop oxidation and enhance the flavor.

Black tea is harvested, then crushed or rolled and allowed to oxidize and turn dark before it is dried. This creates the deeper color and the stronger, richer flavor. Both black tea and green tea contain a variety of health benefits because of the large quantities of antioxidants and anti-inflammatory compounds they contain. However, black tea and green tea contain different types of antioxidants and phytochemicals that work in different ways to protect our health.

These powerful antioxidants in green and black tea are called flavonoids, but each type of tea contains their own specific type of flavonoids. Flavonoids are powerful weapons to protect our bodies against chronic diseases like heart disease, cancer, diabetes, and more.

Flavonoids are especially protective of the heart and blood vessels and help to lower inflammatory substances that contribute to heart disease. Both black and green tea help to reduce triglycerides, harmful LDL cholesterol and harmful plaques that lead to heart attacks and strokes. And both black and green tea are effective in lowering blood pressure.

While both green and black tea contain caffeine, generally green tea contains slightly less caffeine that black tea, although there can be quite a bit of variation depending on the specific type of plant used, processing and brewing methods. Generally, tea does not contain quite as much caffeine as a cup of coffee, but many people use tea as an effective, gentler way to ‘wake up’ in the morning. 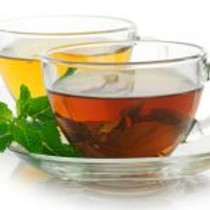 Green and black tea also contain an interesting amino acid that affects beneficial brain chemicals. This substance, L-theanine, brings on an alert but relaxed state of mind, so in essence, it helps to balance out the jittery jolt of caffeine. L-theanine triggers the release of a neurotransmitter in the brain called gamma-aminobutyric acid (GABA), which brings about a relaxed but alert state, at the same time causing the ‘happiness’ chemicals dopamine and serotonin to be released.

Many people enjoy both green and black tea for this very reason: alertness plus calm, which is a great state of mind to be in for working, meditating, writing, reading, and relaxing.

Green tea’s most well-known and well-studied ingredient is the potent antioxidant, epigallocatechin-3-gallate (EGCG) and is responsible for many of its health benefits that protect against cancer, heart disease, diabetes, Alzheimer’s, harmful pathogens, and depression/anxiety. In addition, green tea is also known to have some pretty amazing appetite curbing, and fat-burning effects. 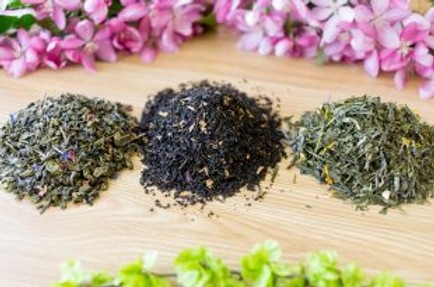 Metastasis is the spread of cancer to other healthy cells and organs, and is the primary cause of death from cancer. Stopping and containing cancer cells’ spread is key to fighting off cancer and regaining health.

The anti-cancer effects of EGCG have been shown to actually block some of the steps in the process that allows the cancer cells to invade other healthy cells. In a large scientific review, an article published in the Journal, Cancer Metastasis Review shows the antioxidants in green tea to be especially effective against skin cancer, prostate, breast, lung, liver, and gastrointestinal cancer.

One of green tea’s unique and most popular benefits is its ability to help burn fat. Green tea can boost metabolism by the combination of caffeine, and the high-octane antioxidants it contains. In one study, subjects burned 5% more calories over 24 hours. 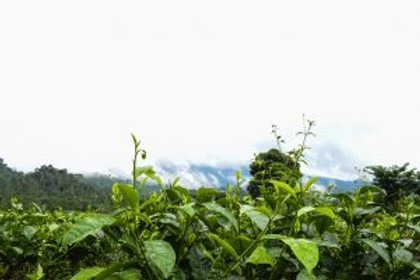 While that doesn’t seem like a lot, an extra 5% over time, can really add up to some noticeable fat burning potential. This is due to the fact that green tea’s polyphenols help to activate a fat burning enzyme which dissolves triglycerides and helps the body to burn fat as fuel. Burning fat as fuel is called “thermogenesis”. Triglycerides are fatty substances carried around in the bloodstream as a result of sugar or carbohydrate intake. Lowered triglycerides mean you store less fat. Lower triglycerides also mean better heart health.

Theaflavins are a group of polyphenols that are unique to black tea. These are actually formed in the fermentation process and are responsible for some of black tea’s unique health benefits, including protection from free radicals, which can damage DNA and lead to serious diseases such as cancer.

Free radicals also damage the heart and blood vessels and contribute to heart disease. These theaflavins can help lower harmful triglycerides, LDL cholesterol and plaque formation in the blood vessels which all contribute to heart disease and inflammation. Theaflavins in black tea also help to lower blood sugar, stimulate insulin and prevent diabetes.

One other thing about theaflavins—they, like the polyphenols in green tea, help to promote fat cell breakdown, increase thermogenesis, and help with weight loss. That, combined with the extra caffeine that black tea contains is a big boost for weight loss and fat burning.

With the growing popularity of green tea, several different types of green tea have emerged. Sencha is the green tea variety that is most popular and widely used, but matcha green tea is growing in popularity, due to it’s more concentrated antioxidants. Matcha tea is made up of the actual tea leaves, not the strained tea leaves you drink when you make regular black or green tea. This difference alone allows you to obtain more nutrients from the matcha tea.

Tea plants grown for matcha are shaded for two weeks which increases the chlorophyll content (the stuff in the leaves that makes them green). This boosts the concentration of the healthy compounds like EGCG. While matcha tends to be more expensive than regular tea, you get a bigger bang for the buck. Matcha tea usually comes in a powdered form, which is more concentrated, and can be added to recipes like smoothies, baked goods or even ice cream. A cup of matcha tea is similar to drinking about 3 cups of regular (sencha) green tea.

The Bottom Line on Green and Black Tea

Both teas also contain caffeine, plus a brain nutrient that creates a calming, alert feeling helping you concentrate better. Black tea contains more caffeine, so if you are looking to be more alert, black tea works better.

Adding other substances to tea may reduce its antioxidant power. For example, milk or cream actually slows the absorption of the polyphenols in tea. And of course, go easy on sweeteners. A little drizzle of pure maple syrup or honey often adds just the right amount of healthy sweetness.

As with most things, you can overdo a good thing—even tea. Since tea contains caffeine, it may create an anxious or jittery feeling if you consume too much. Drinking green or black tea in the evening may keep you awake at night. Consuming too much tea can actually cause nausea or liver and kidney toxicity if you drink more than four cups a day. 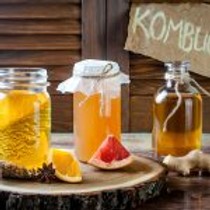 Most bottled commercial teas lose their healthy antioxidants by the time they make it to the store shelf, plus they often have harmful sweeteners like high fructose corn syrup, or sugar in them. Two brands of bottled tea to try are Honest Tea and Tea’s Tea that offer no added sugars. Many other organic, natural brands are appearing on store shelves these days as well. And don’t forget how delicious and refreshing Kombucha tea can be! Kombucha tea, which is made from black or green tea, contains all of the beneficial antioxidants of these teas, plus a good dose of healthy probiotics and B vitamins. And, kombucha tea is fermented, so the sugar in the tea is mostly used up in the fermentation process.

Keep in mind tea leaves can pull contaminants from the soil they are grown in, and many types of tea contain heavy metals, like aluminum and lead, as well as pesticides and fluoride. It’s definitely best to choose organic tea if possible.

Enter your email below to join our exclusive e-list to receive important in-office announcements, free visits, product sales & giveaways, how-tos, informational DLs and the like to help you make informed decisions & increase your health the natural way. We'll never spam or share your email address.

Thanks! You have successfully joined! Look for a welcome email soon!